A morning on the shoot with some of the dogs. 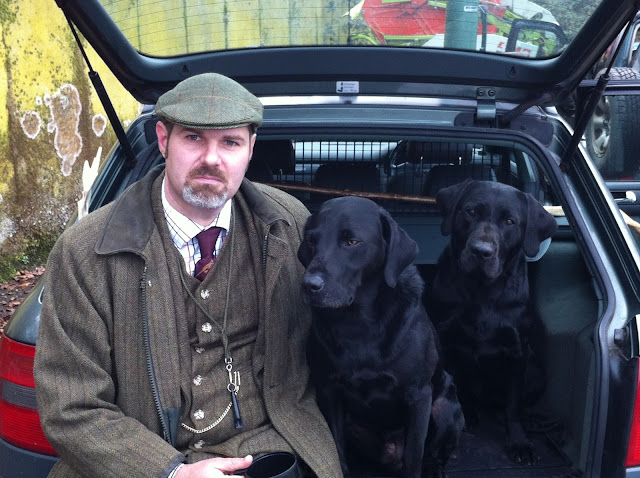 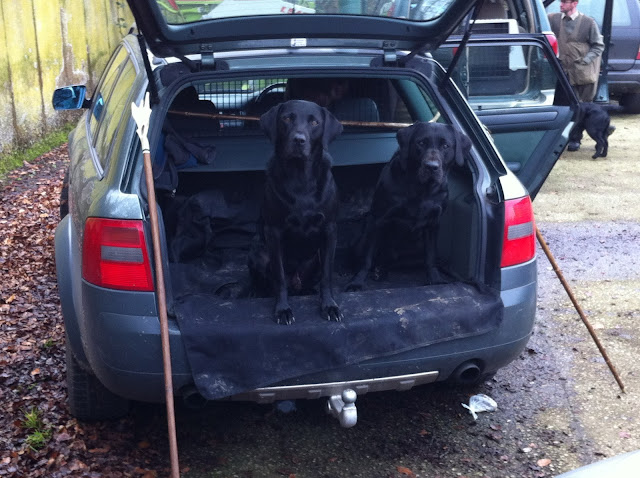 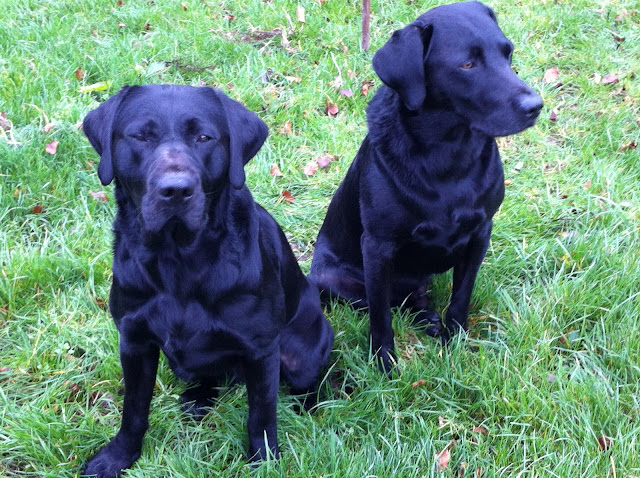 Boss & Elder sat steady on the first drive of the morning.
﻿
Posted by www.peniglengundoglabradors.co.uk at 18:52

Training with friends at langsett woods 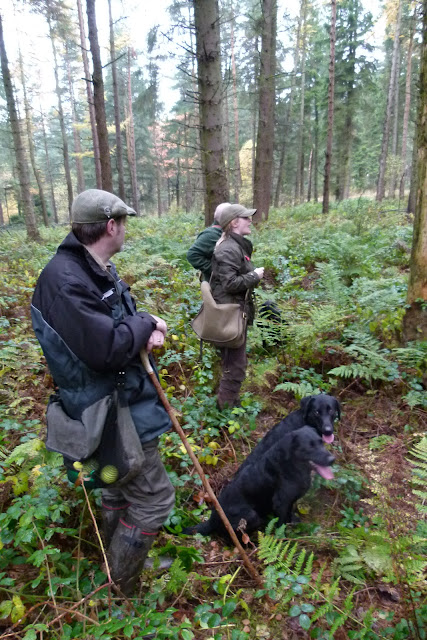 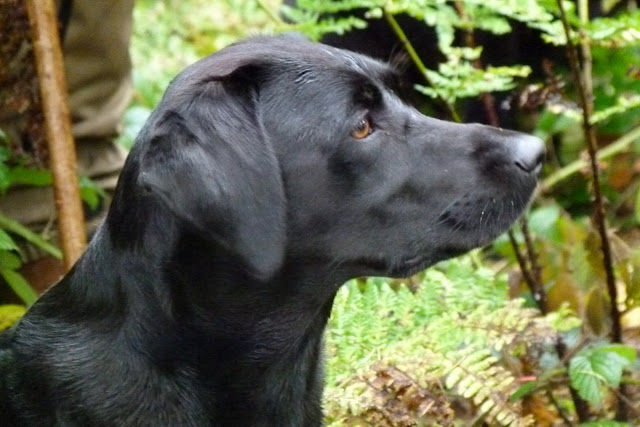 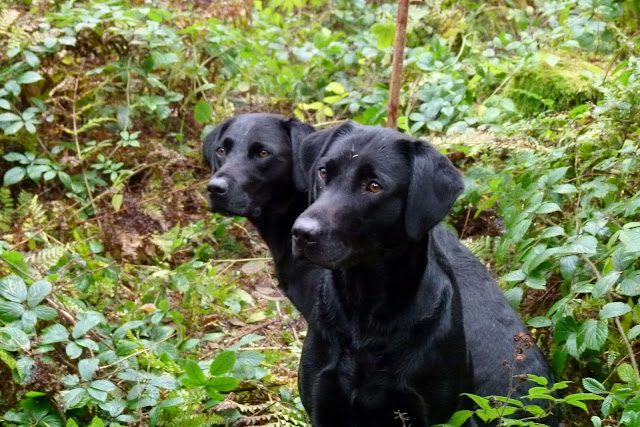 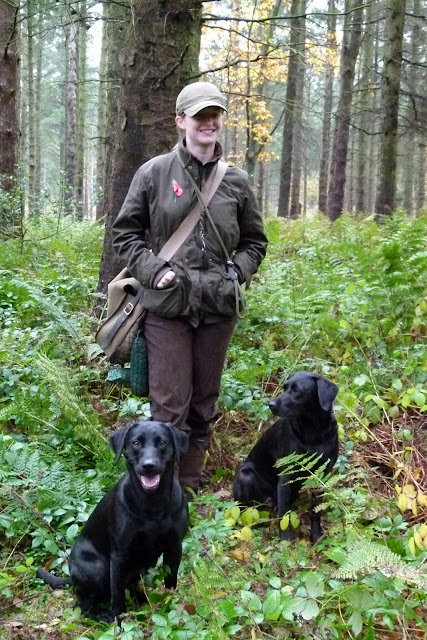 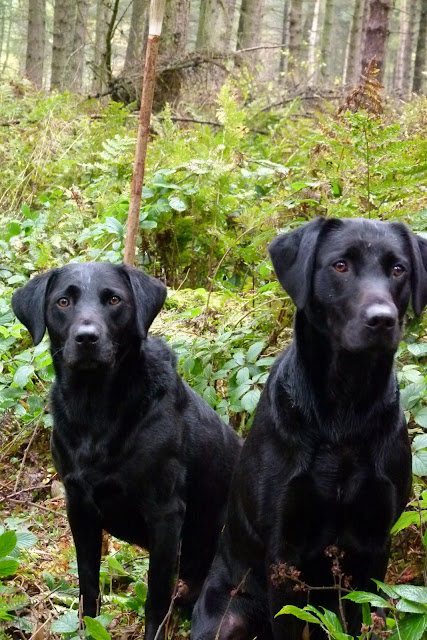 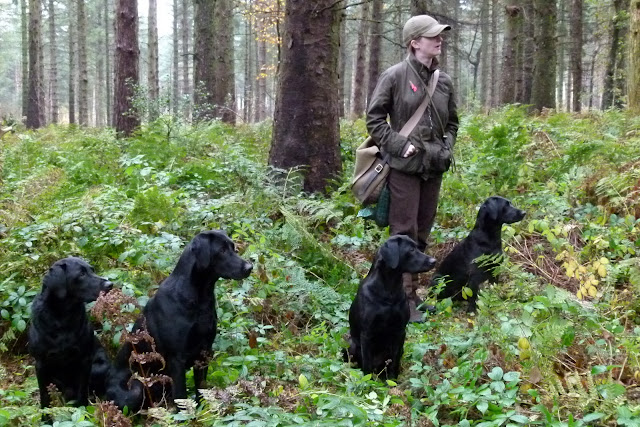 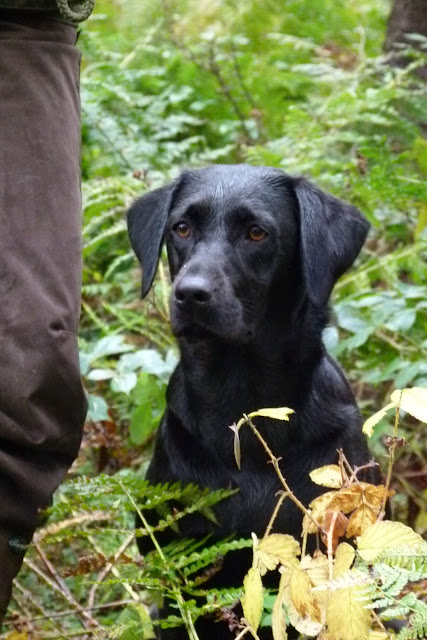 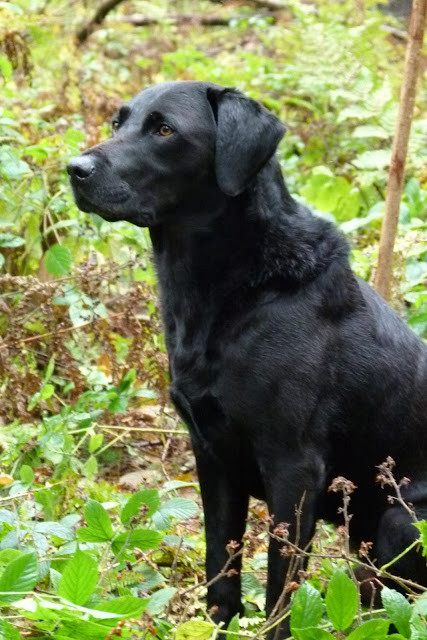 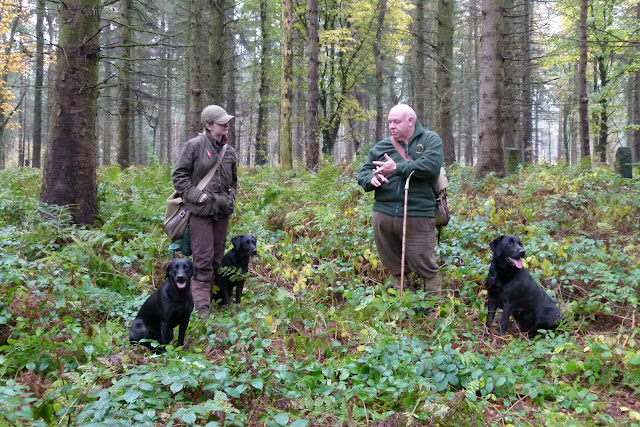 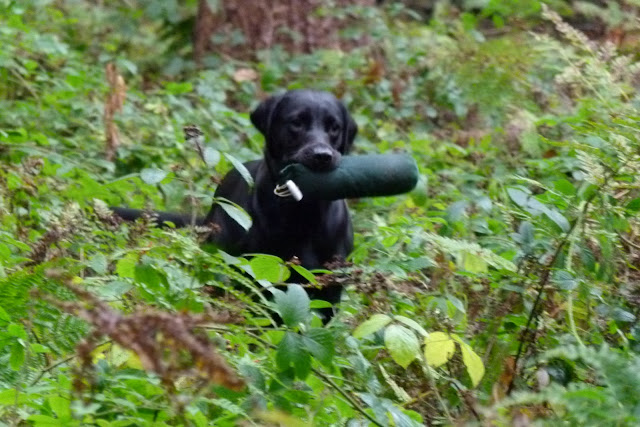 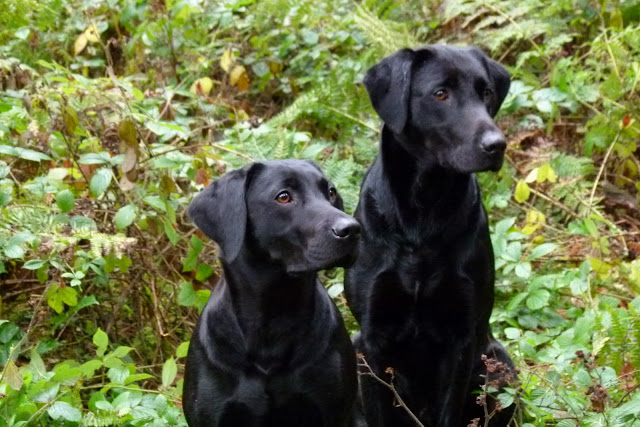 One Of Our Training Groups 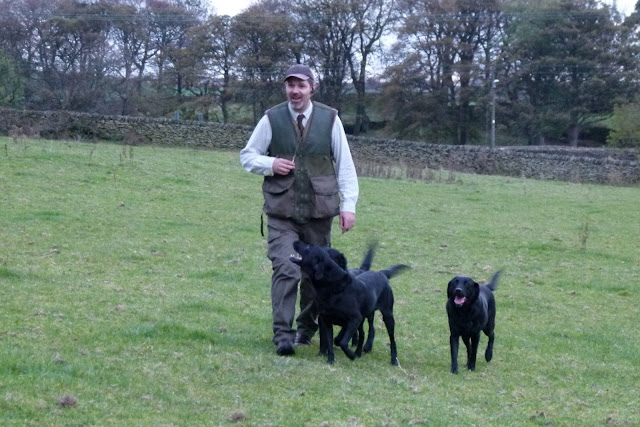 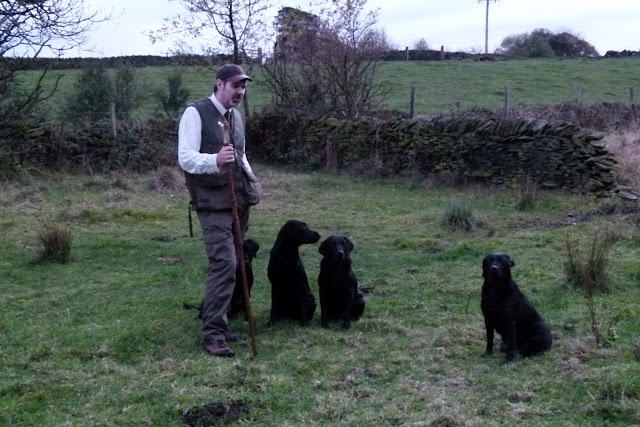 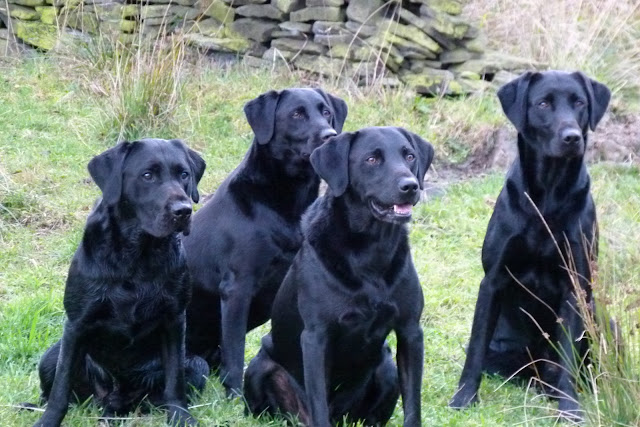 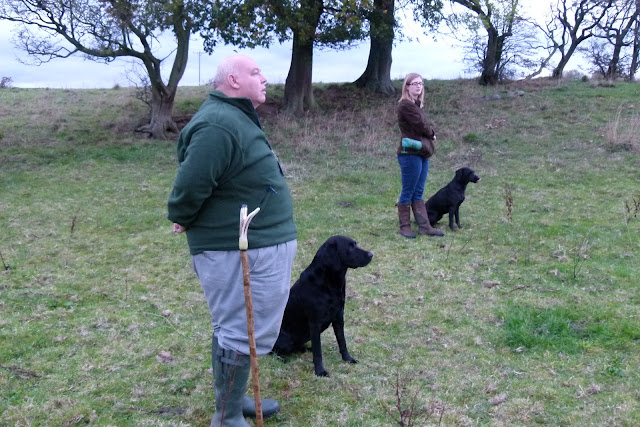 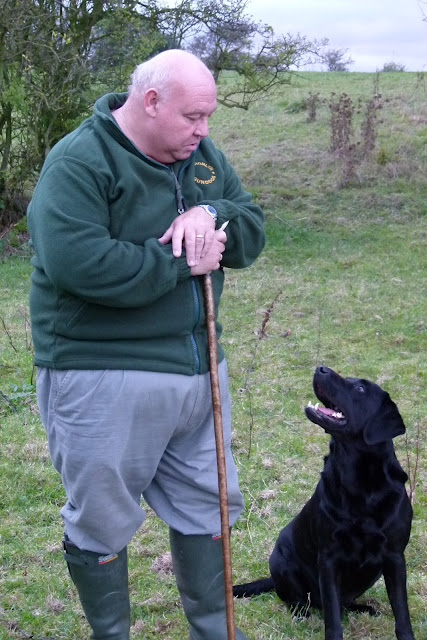 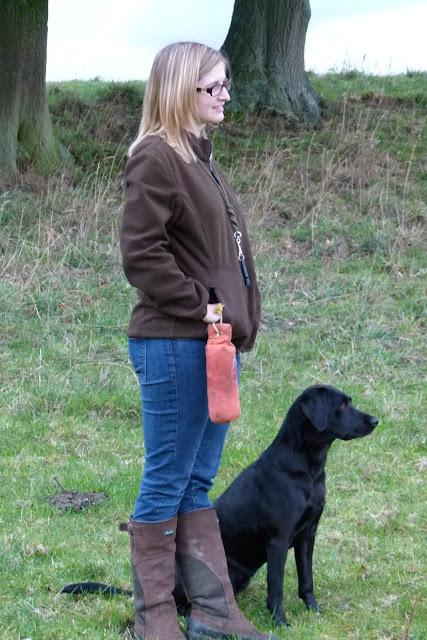 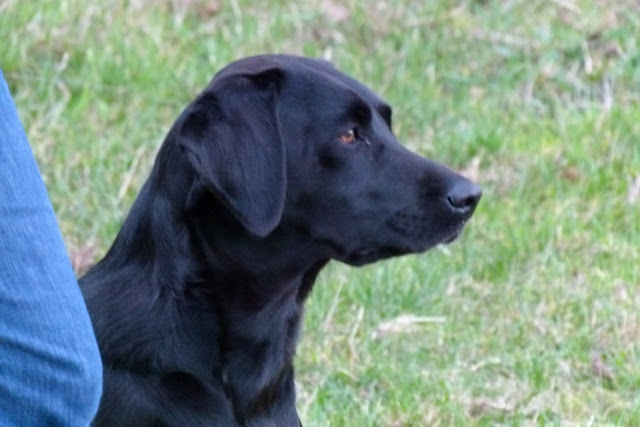 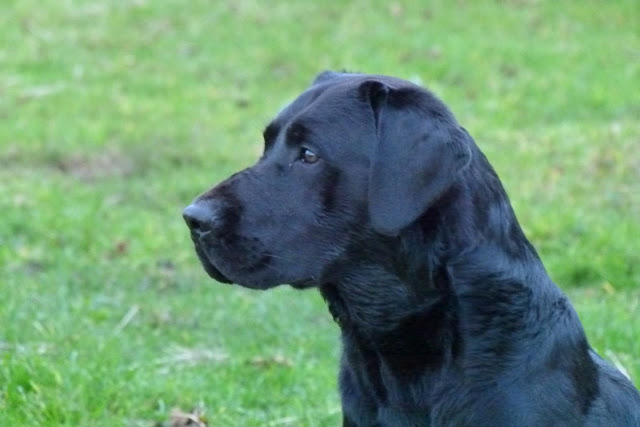 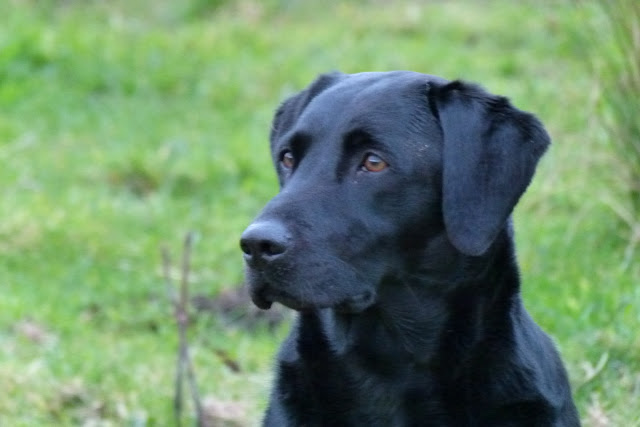 I met a couple of friends to train in woodland which tested the dogs because there was alot of felled trees and dense brambles. We used cold game and concentrated on blinds and double marks at varying distances, and the felled trees proved a good challenge. At times the trees blocked the dogs path, so they had to work out for themselves how to manouver round, over or under the trees. Must admit I really enjoyed the training session, I like to challenge the dogs rather than just do the run of the mill stuff. Forgot to mention that it was getting quite dark with the training session starting at 6 - finishing at 8 pm. I find that training at this time makes the dogs get their noses down to hunt the ground, rather than just a plain simple mark.
Test 1 - a double mark with the game been thrown fairly close together. The dog to go for the designated dummy first, then sent again for the other.
Test 2 - a seen and a blind - again fairly close together, with the blind to be picked first then the seen. This retrieve was in dence brambles and logs and at a distance of around 200 yards.
Test 3 - a really long retrieve, through the woods, the dogs been out of sight from the handler so basically they had to use their heads and their noses.
Test 4 - the dogs were sent into an area marked out with sticks, to hold and hunt the area, but they were no birds down. When the handler was happy that the dog had worked and hunted the area well enough, then a bird was dropped un-noticed by someone, so that the dog still had a successful retrieve.

It was a good training session and by the time we were coming back out of the woods and making our way to the cars, it was pitch black. We must have looked like a right shady bunch of characters. All feeling our way round the trees and dropping down holes and ditches. Anyone watching must have thought we were a right set of drunks getting upto mischief in the woods. Ahhhgh well - never mind.
Posted by www.peniglengundoglabradors.co.uk at 21:22